Nathaniel Roszel, a native of Pennsylvania, was the first settler in Erin Township. He took up the land at Lot 1, Concession 7 in November 1820. On November 11, 1821, his son Benjamin, their first child was born. It was here the hamlet of Ballinafad sprang up, and here, Erin Township began.

The next year, 1821, William How and his family came from Kent, England, and made Lots 22 and 23, Concession 7, their home in what is now Hillsburgh. The settlement that Mr. How started was called Howville but in 1823 Nazareth Hill took possession of Lot 25 and built the first hotel on the site of today's Foodland. The name of the settlement was changed to Hillsburgh. 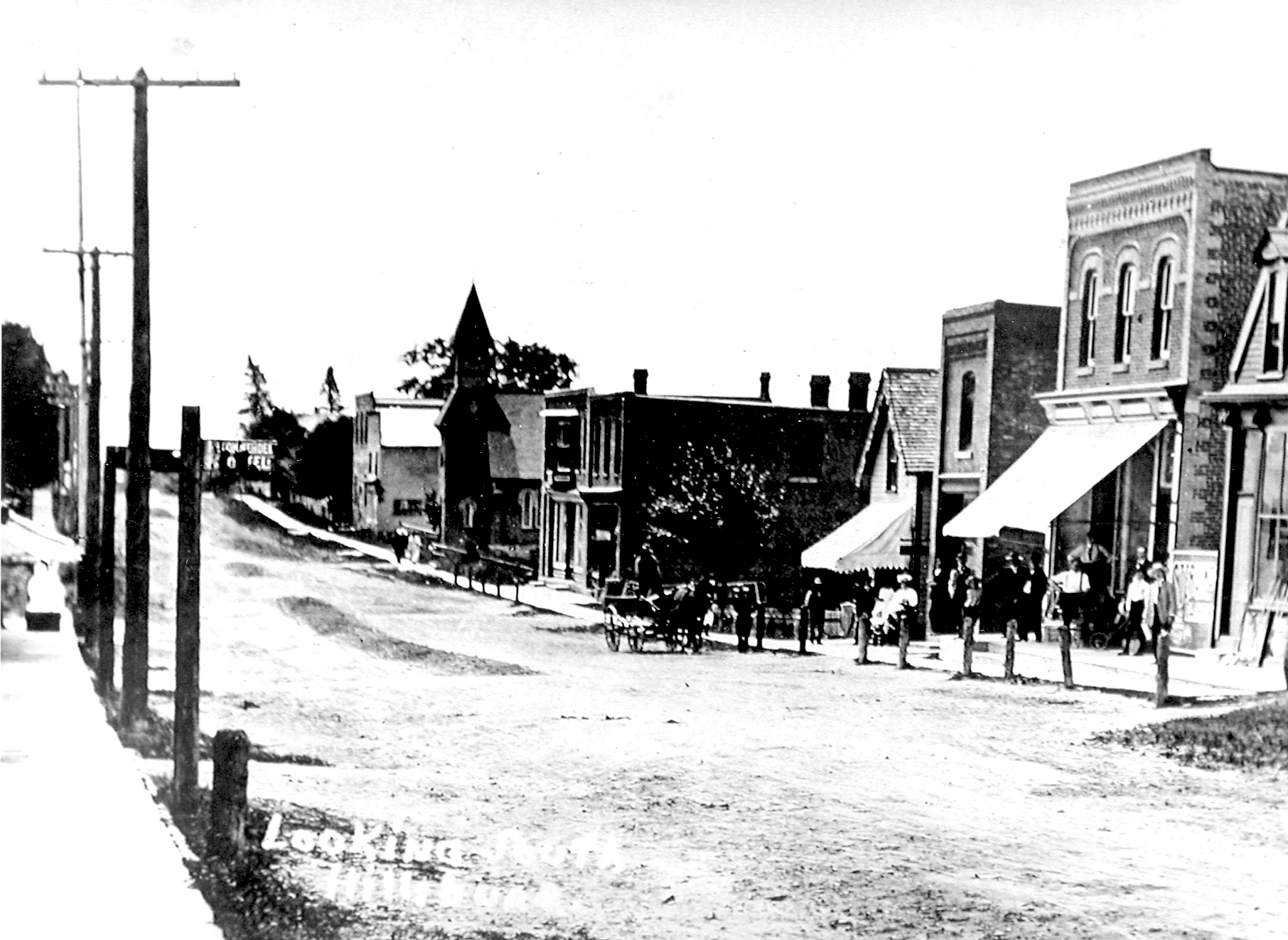 Crewsons Corners is comprised of the corners of four townships in two counties, the south corner of the Town of Erin, the east corner of Guelph Eramosa, in Wellington, the west corner of Esquesing and the north corner of Nassagaweya, in Halton Hills. It was first called Ryckman's Corner after Samuel Ryckman, the surveryor, who laid out Eramosa and Nassagaweya but later changed to Crewsons Corners for the first family to live in the area. 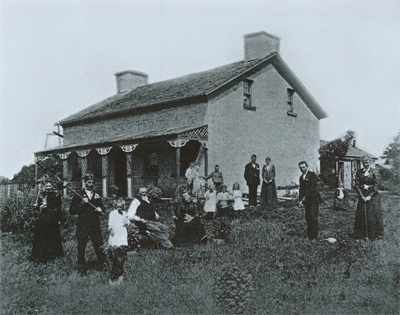 Crewsons Corners was in close proximity to the Old York Trail, the main road from Guelph to Toronto, now known as Highway #7. Although the Grand Trunk Railway passes closely to Crewsons Corners, the station was built in Acton. The small community consisted of a general store, post office, Methodist Church, a succession of schools, a brickyard and sawmill. Telephone came to Crewsons Corners in 1910 and rural mail delivery in 1912. A subdivision of estate homes is being built on the original Crewson farm. 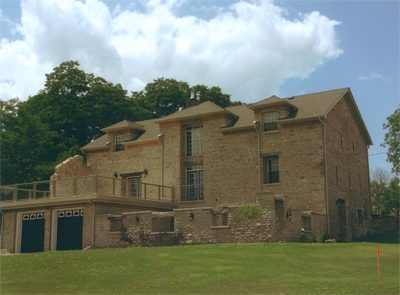 The farm's stone barn built in 1845 has been restored as a residence and is being designated as a heritage building. 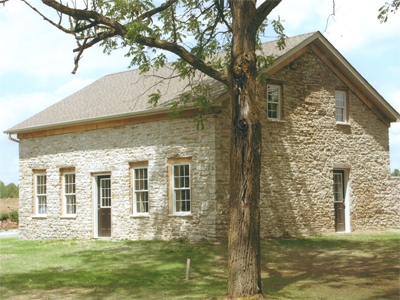 The farmhouse built in 1833 has been saved also for possible future restoration. 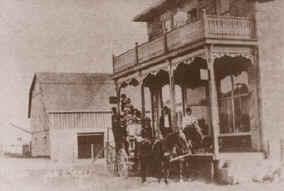 Ballinafad was named after a village in Ireland and is the location of the home of the first white settler inErin Township, who came to the area from Pennsylvania in 1821. The community grew to include a general store and post office which is still running today. There was also a school, a United Church which still hosts United Church Suppers to this day, a temperance hall, parsonage, two hotels, one that was lost to fire but was one of the last remaining hotels in the area, a chopping mill, two blacksmith shops, a wagonmaker, a pumpmaker and a shoemaker. The Methodist Church with a Good Templar's Hall on the second floor stood in the location of the current Ballinafad Community Centre. Ballinafad was a stop along The Old York Trail to Toronto from Guelph. A stagecoach ran from Georgetown to Erin in 1871.

Brisbane is located at the corner of the "Guelph Road" or Wellington Rd. 124 and Trafalgar Rd. The village was originally named Bristol and was surveyed in 1854. In the early days, Brisbane had a blacksmith shop, gunsmith, woodworking shop, and two hotels. The original post office was located at the site of the PetroCan station and mail was brought from Guelph by stage coach. The stage coach travelled between Guelph and Erin daily except for Sundays and could carry 6 - 8 passengers as well as the mail. A version of this stage coach can be seen at the Santa Claus Parade on the Town of Erin float every few years.

Ospringe was named for a village in England, a suburb of Canterbury in the county of Kent, from which came the first settlers around the immediate corner in 1842. The settlement began earlier (1831) but wasn't named. A toll gate was located in Ospringe on the Erin to Guelph Road in 1875. The hamlet boasted two grocery stores, the Fielding Hotel, a United Church, two blacksmith shops, a woodworking shop, a shoemaker and a China & Gift shop with a population of 110 in 1897, quite a thriving little community in its early days.

Cedar Valley was originally called Slabtown in the eighteen hundreds. The name was taken because of the sawmill operation by the Tarzwell family that was operated in the hamlet. Cedar Valley boasted a pump manufacturing business, a planing mill and blacksmith shop, a grocery store, a church and a welding shop in its early days. Cedar Valley had its first telephone in 1910, rural mail delivery in 1912, their first hydro in the 1940's, street lights in 1962 and the road to Hillsburgh (Station Street) was hardtopped in 1965.

Orton was first named "Little Chicago", but was later named Orton in honour of the Dr. Orton of Fergus, who so faithfully looked after his rural patients in those horse and buggy/cutter days. Orton was on the Credit Valley Railway line from 1879, with the station on the Garafraxa side. Early Orton was a thriving community with a railway station, post office, Royal Bank, 2 stores, a blacksmith shop, chopping mill, fire hall, sawmill and shingle mill, hotel, a Methodist Church, school and baseball park. The hotel and school became private residences.

© 2023 Corporation of the Town of Erin. All rights reserved.